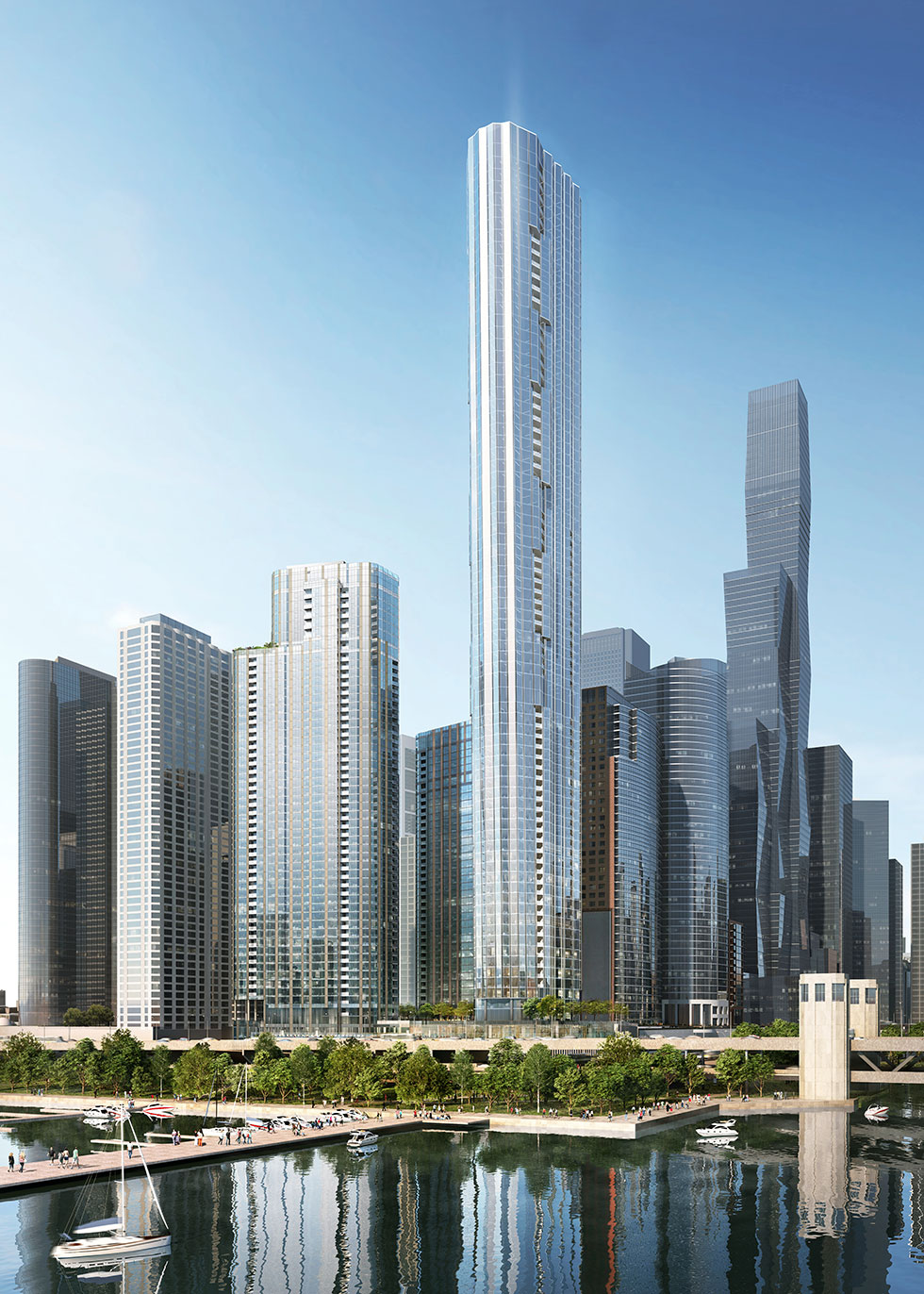 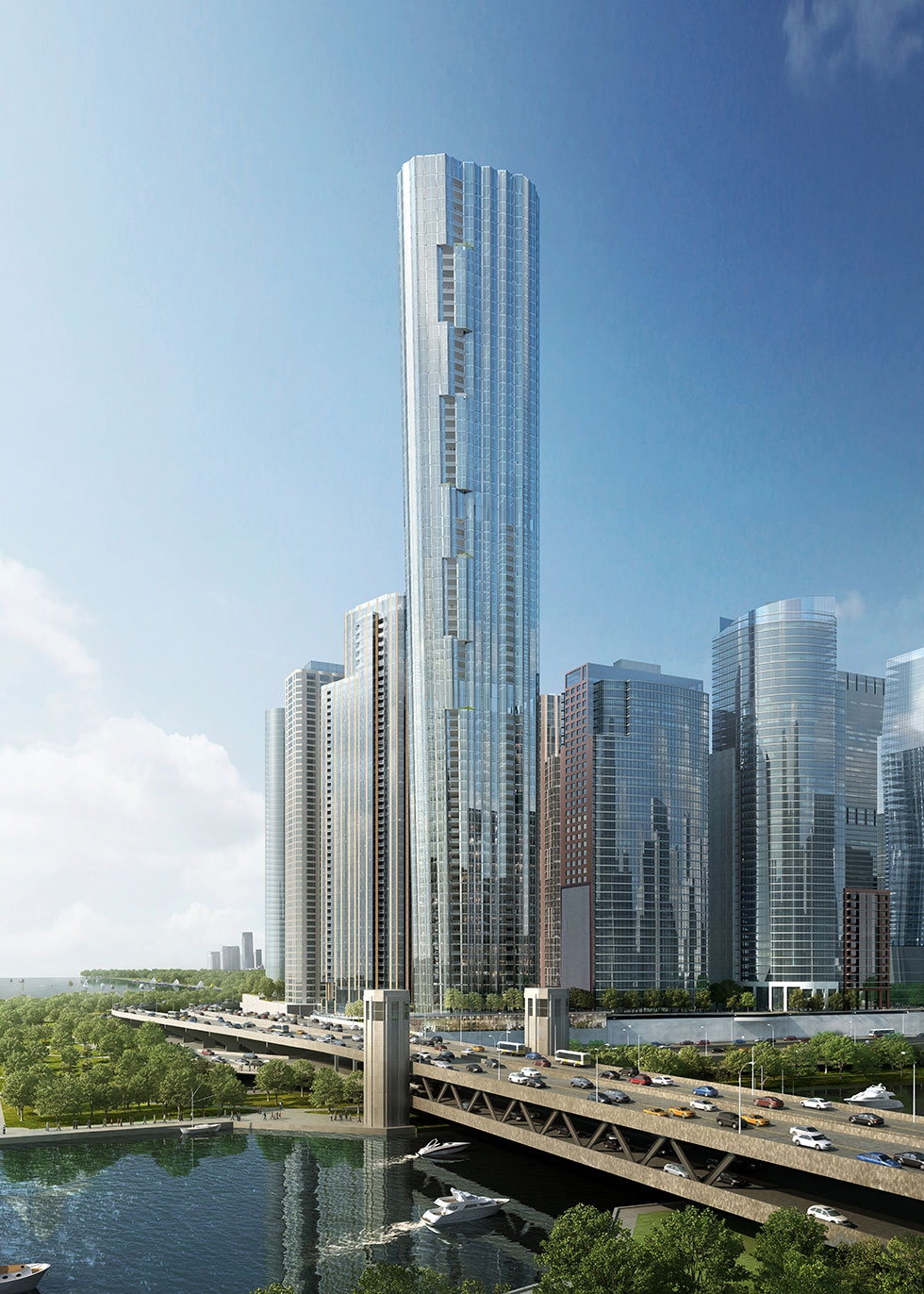 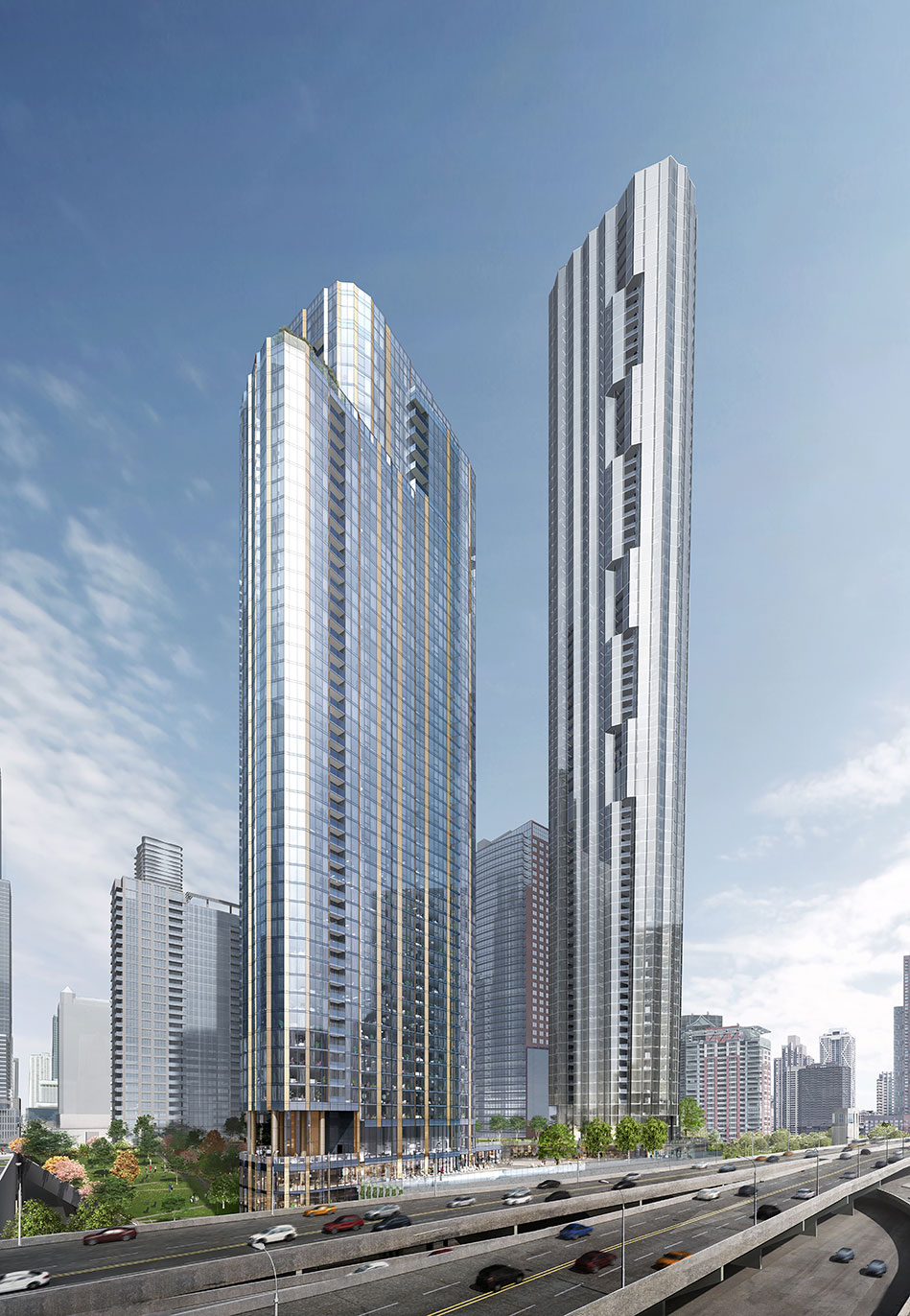 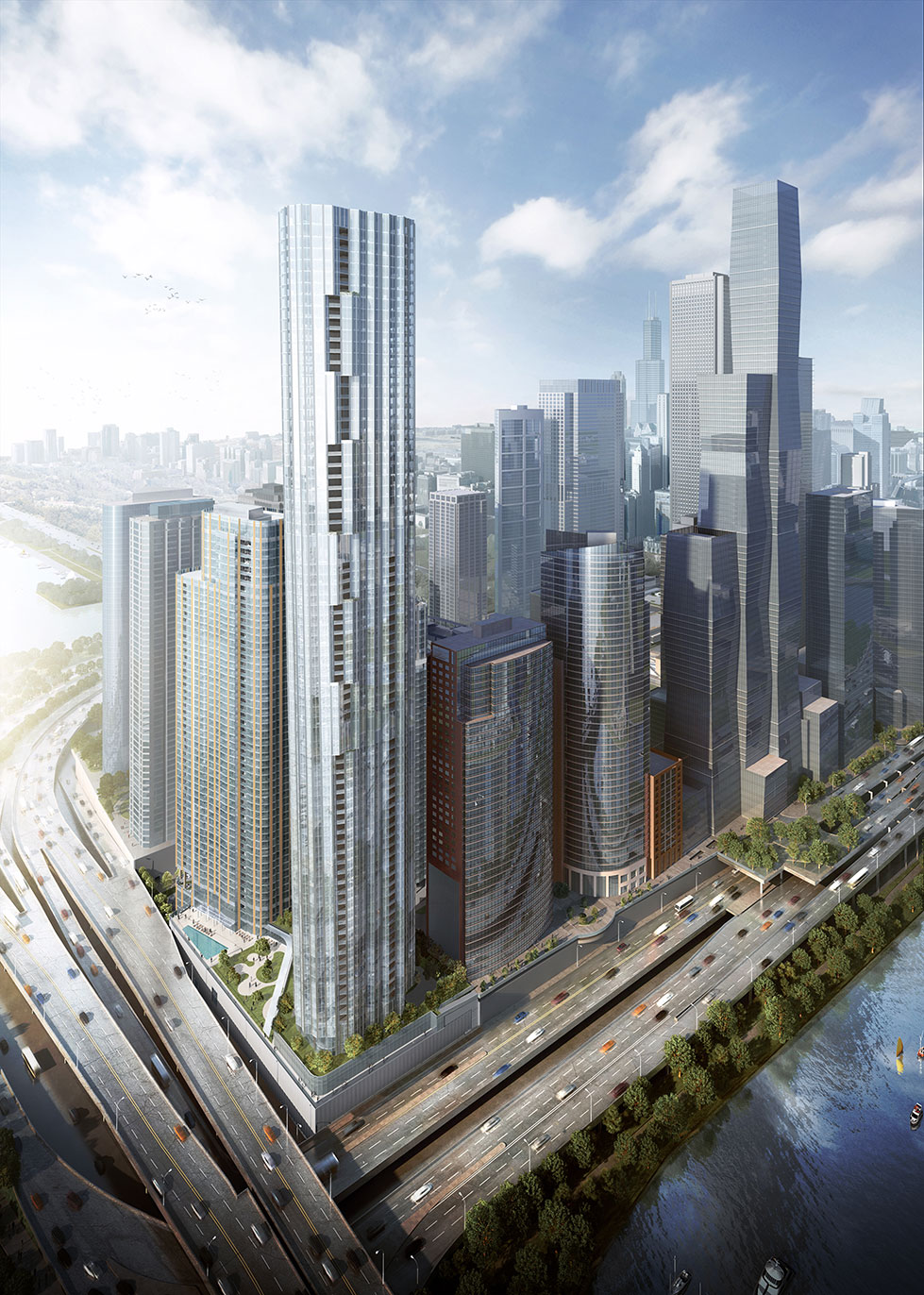 Parcel I at Lakeshore East Chicago

Parcel I is one of three buildings within the Parcels IJKL at Lakeshore East development, designed as a composed and connective urban development within the City of Chicago. The building will provide up to 600 units for the neighborhood, as well as views to Lake Michigan, the Chicago River, and the newly implemented Cascade Park.

This iconic tower is the anchoring building within the master plan and was designed as a marker point which highlights the convergence of the Chicago River and Lake Michigan. The form of the building expresses its relationship to the site by gracefully gesturing towards the lake. While designing the form, the team considered both the building’s composition when seen as part of a collective Chicago skyline, as well as views and vistas of the lake for residents. As a result, the tower’s triangular geometry allows for residents to have views up and down the lakefront and is a striking addition to Chicago’s renowned architectural horizon.

While Parcel I’s textured façade is consistent with the other towers in the master plan, bright metal coloration gives the project distinct character. This neutral and singular design further emphasizes Parcel I as the anchoring tower within the master plan’s context.